Gender balance: a lesson from the ground

Here you are – one out of the seven women working on the shop floor among 899 men. First of, what attracted you to this profession? What is your field of study?

Strange as it may seem, I have a professional bachelor's degree in secretarial work. When I graduated, very few options showed up in this field. Then I entered the industrial universe. Though chosen by default initially, this choice turned out to be a revelation. For more than 15 years, I was a forklift operator and I now have the certificates for driving vehicles in categories 1, 2, 3, 4 and 5. I have operated various forklifts in large companies such as PSA, SETH forges and Manuloc (a French company that offers handling solutions). In 2008, I obtained my crane operator licence and started working at ArcelorMittal Florange as a crane operator and forklift driver for a Manuloc Group company named Florange Logistique.
I thought more on my career prospects after the birth of my son and when I left Manuloc in 2012. A more "conventional" job, with less demanding office hours, would be better suited to my family life. I then started a BTS course to become a management assistant. I realised that I was no longer aligned with this administrative and predominantly female environment. My infidelity to the industry didn’t last long! I joined in 2014 ArcelorMittal Gandrange temporarily, then set a goal for myself at the beginning of 2016: to join the ranks of ArcelorMittal Luxembourg. Afterwards, I obtained my grounding crane operator licence, the last arrow missing from my quiver.
At the end of 2016, I started working at ArcelorMittal Luxembourg on a temporary basis, then progressed on to a permanent contract in April 2018 at the TMB (Train Moyen de Belval, Hall 8, located between the continuous casting and the reheating furnace). 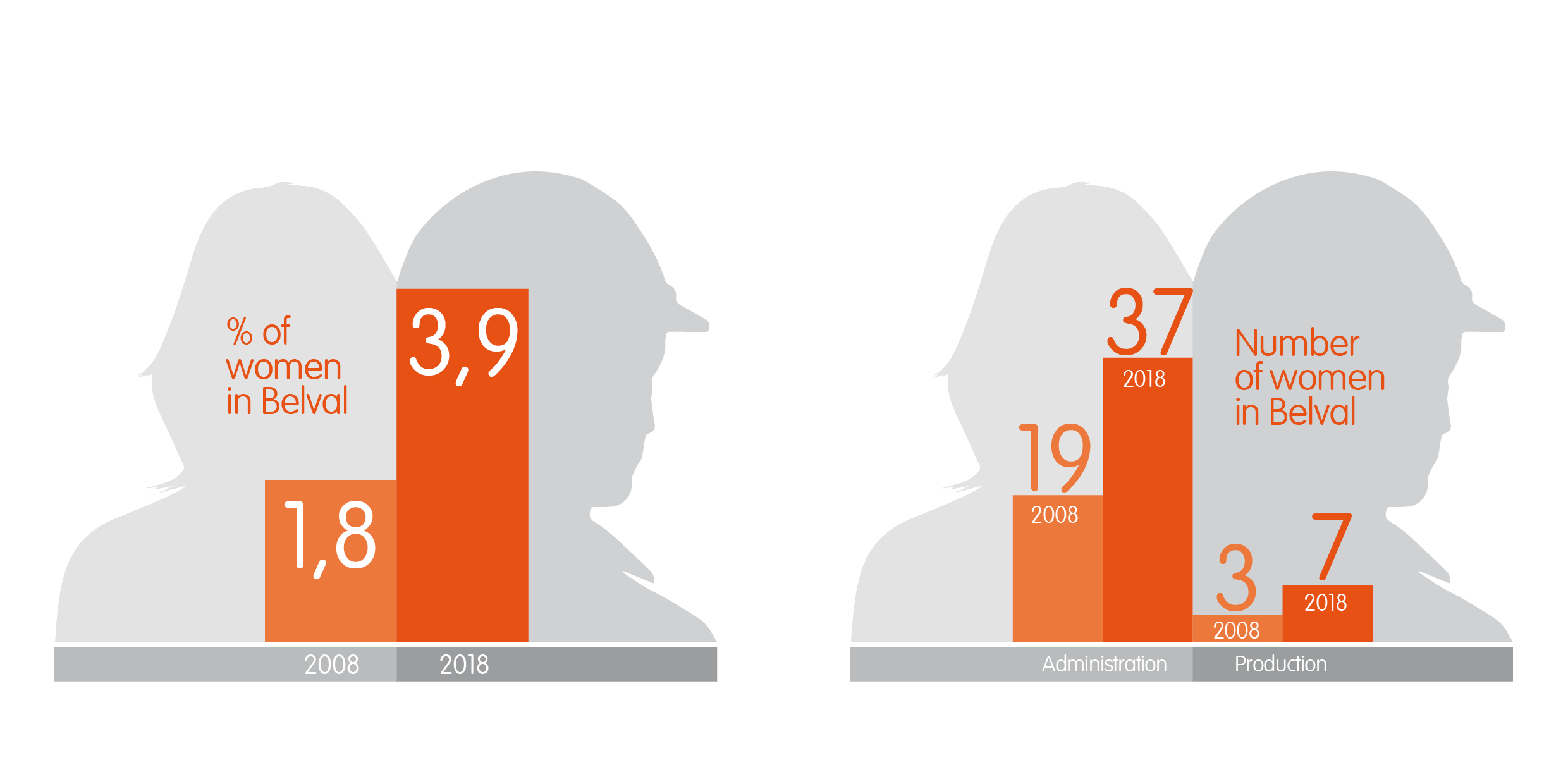 Have you been well received by your team?
Yes, I have felt very welcome.
The management has put a locker room and everything I need at my disposal. The management is also a considerate touch, it's nice to be more than a number in a large group!

What are the qualities of a "good" crane operator?
The activity of the crane operator is particularly delicate since it involves the handling of heavy products.
For novices, the crane moves the products using a frame equipped with magnetic lifting accessories (hook, chains, etc.) that are choosen according to the load to be transported. This component is motorised, and suspended from a system of cables and pulleys to be moved up or down for several meters. Compliance with safety rules is therefore key. In addition, you must have rigour and dexterity at all times.

Does being one of the few women working in this masculine environment require special qualities?
Not particularly, the only qualities necessary are rigour and dexterity as explained previously. Well, with all due respect to my colleagues, maybe this is a quality that is more prevalent among women in general. That being said, I have an advantage: I love my job, and it's my second passion. The first being my son, of course.
Anyway, the most pertinent character trait to have is direct, frank and straightforward communication.
When operations are shut down for maintenance and cleaning, I work as hard as my colleagues. Men treat me as their equal, even if they are kind for certain demanding tasks.
However, when I operate the crane of the hydrocyclone (decanter that collects calamine, an iron oxide layer that forms on the surface of products after coming in contact with oxygen during continuous casting) and the drainage channels of the settling tanks get blocked, I do not mind grabbing a shovel!

So, what can be done to attract even more talent to your ranks?
Personally, I was impressed by the industrial environment after visiting the factories and discovering the shop floor. Maybe in high schools, students should be made more aware of these types of career during orientation, which do not seem as attractive as the others so that their choices are no longer influenced by gender but by personalities.