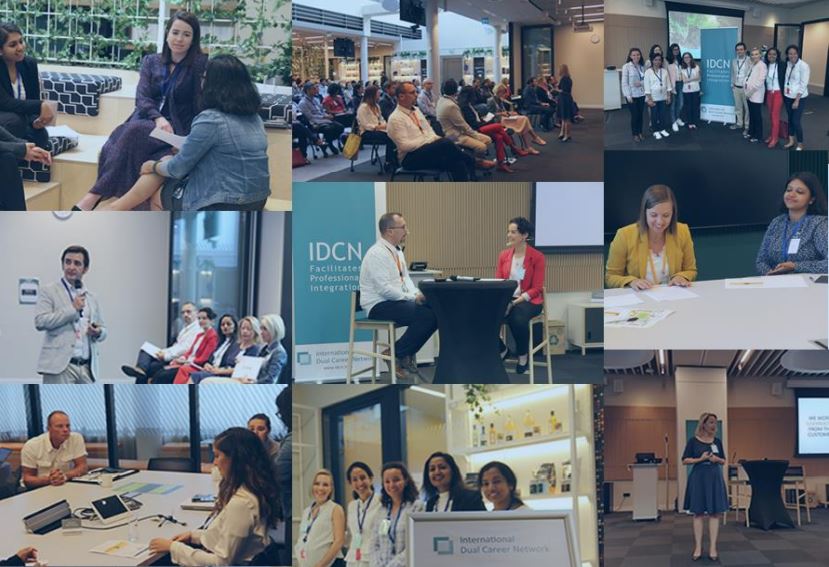 Helping our employee partners in finding a job

IDCN event was focused under the theme “interviewing skills” and started by introducing the team and the founding members such as ArcelorMittal Luxembourg. Our company got involved in the creation of IDCN Luxembourg to facilitate the professional integration of our numerous expatriate employees in the Grand Duchy but also at a personal extent by helping the integration in a new culture and create a relevant network.

Two of our colleagues from Corporate HR were there to meet job seekers and share their experience as recruiters. Some CVs were taken from interesting profiles to candidate for open jobs at the headquarters but also in Luxembourg plants.

Thanks to this IDCN event we had the opportunity to advise expatriate spouses in their job search in Luxembourg, to guide them professionally and to present them the ArcelorMittal Group and the opportunities offered.

As an IDCN member, ArcelorMittal is also recruiting from IDCN event and network, meet Ann Joseph – Internal Communications Specialist, ArcelorMittal Europe, which were volunteer in IDCN Luxembourg association before being one of our colleagues.

I heard about IDCN after I moved to Luxembourg, little over a year ago. A friend here told me about it, following which I asked my husband about it, who then got more details from his HR. IDCN Luxembourg was still fairly new at the time, so the newly arrived employees of the partner companies still didn’t have much information about it.

I volunteered with IDCN for a just a few months before I got a job here at ArcelorMittal. There are around 16 volunteers across different functions – events, memberships, communications and measurements. The president, too, is a volunteer.

I worked as a communications volunteer. Our objective, as a team, was to improve the visibility of the IDCN events and initiatives internally amongst all the members and externally in the Luxembourg work-environment. In addition, we aimed to position IDCN as a more active and engaged network that communicated regularly on relevant job-related information, advice and opportunities.

My scope of responsibilities was in strategy and planning. I worked on the communications plan for IDCN and also worked closely with the other members of the comms team on the content strategy for LinkedIn.

I’ve been to one event, hosted by PricewaterhouseCoopers in their office premises. The event was about personal branding in the job-search context. I personally didn’t take back much from the personal branding sessions but was satisfied with the event in general.

After the presentations, we were divided into smaller groups of about 20 people, each of the groups were then assigned to one partner company, who presented the company and their work-environment to the group. Co-incidentally, I was assigned to the ArcelorMittal group and I was able to meet with the HR during this session. (I had already interviewed with the company prior to the event, so the HR meeting at this group session was another opportunity to follow-up on my interview).

Following this group activity, we had a chance to network with all the other participants (over 100) and meet the recruiters from the other partner companies (including Amazon and PwC). This gave us the opportunity to get valuable perspectives on the job-search process in Luxembourg.

Bring your networking game. Go with an open mind and make an effort to talk to other participants, even if they aren’t recruiters. It isn’t a job-fair, so relax, enjoy the event and make the most of meeting the wonderful people around you.