Street-art to celebrate the 150th anniversary of the Rodange site

In 150 years of existence, the ArcelorMittal site in Rodange has witnessed the history of Luxembourg, the golden age of the steel industry and today its journey towards more sustainable production.

A monumental artwork to celebrate our history

The site itself has a rich history, from its creation in 1872 to today the factory has seen the beginnings of the steel industry with its blast furnaces (up to five at its peak), mines and then the development of the site towards its current products including rails, angles and special profiles. Having supplied the rails for the French TGV until the 1990s, Train A is today the world leader in rails for overhead cranes, and has just occupied the position of 2nd European producer of rails for trams in a few years. Following the trend of development of sustainable mobility within cities. 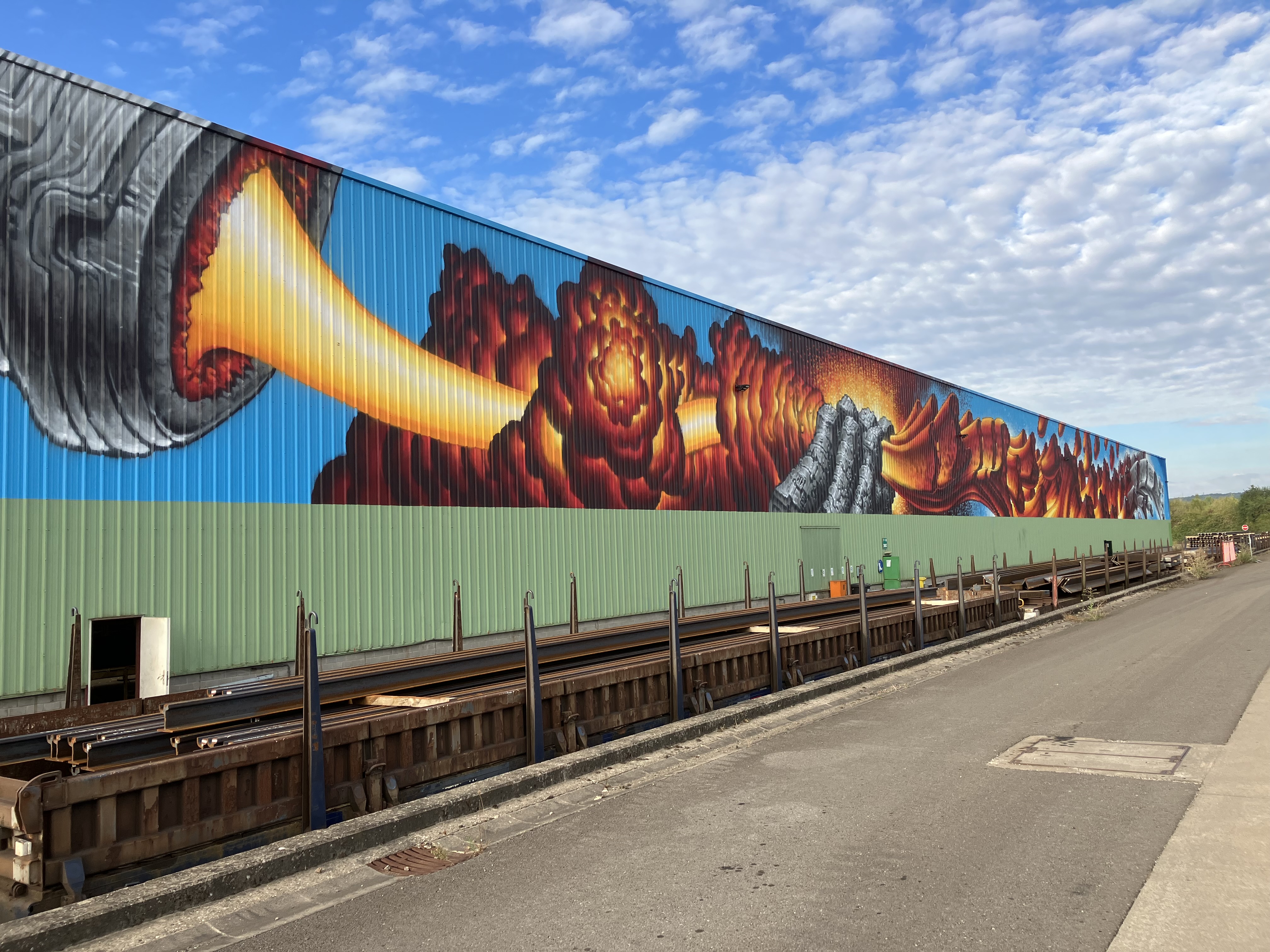 Overview of the monumental mural from inside the site.

In order to pay homage to this history and to all the people who contributed to it, the Rodange site wanted to dress the wall of its 130-meter-long Framag hall overlooking the Avenue de l'Europe. This mural, by German artist Won ABC, depicts the site's beginnings in 1872 and its blast furnaces pouring molten steel. This is gradually transforming into current rails and profiles. The work, which reads from left to right, ends with a tribute to the employees of yesteryear and today, those who have made the site vibrate for 150 years.

Video of Won ABC working on the mural this summer.

150 years is something to celebrate!

It is during this month of September that the ArcelorMittal Rodange site will properly celebrate its 150 years of loyal service.

The program of festivities promises to be full with events for employees and former employees. And we will have the honor of receiving H.R.H. the Grand Duke Henri and presenting our facilities to him.

The site also participates in the Luxembourg Open Days on Saturday 17 September during which you can discover its rolling mill.