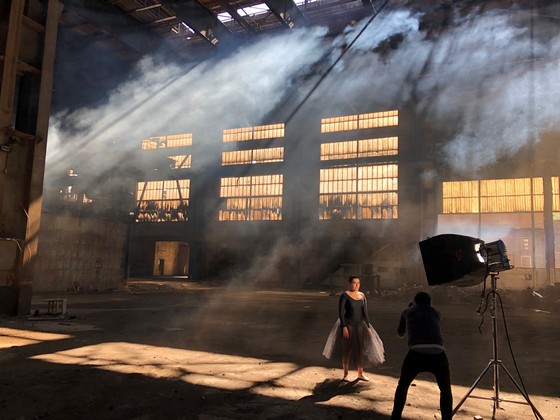 While three Luxembourg productions have been selected in the selection of Cannes Festival 2019, Schifflange plant is also a place in the film production of the Grand Duchy.

Indeed, since the final closure of the site in 2016, after mothballing for several years, the Esch-Schifflange plant offers large unused space. But these spaces can find a new type of activities before their reconversion! Thanks to its exceptional charm of disused factory and its surface to give free rein to the imagination, the site hosts many productions of long and short films, series and even video clips.

For the realization of her last ​clip, Serena Romero, a Luxembourg artist, chose to highlight the poetry of the place. Schifflange appears as a remnant of industrial history while remaining majestic in the face of time passing ...​​

After the announcement of the final closure of the site, ArcelorMittal has taken over the rest of the operations by entrusting Agora, a 50/50 structure owned by the Luxembourg State and ArcelorMittal, to convert the site into a new district that will be between Schifflange and Esch-sur-Alzette. Agora had previously worked on the urbanization of the Belval district also located on a former steel plant.

A call for project was launched in March 2019 and citizens were invited to participate to the discussions and also to share their desires and needs for the new neighborhood. The groups of architects and urban planners participating to the call for project were thus able to get as close as possible to the expectations of the future residents.

On April 5, 2019, the project of the Danish group COBE was selected by the jury of experts. The new district will welcome homes, businesses, service areas, and will be focused on soft mobility.