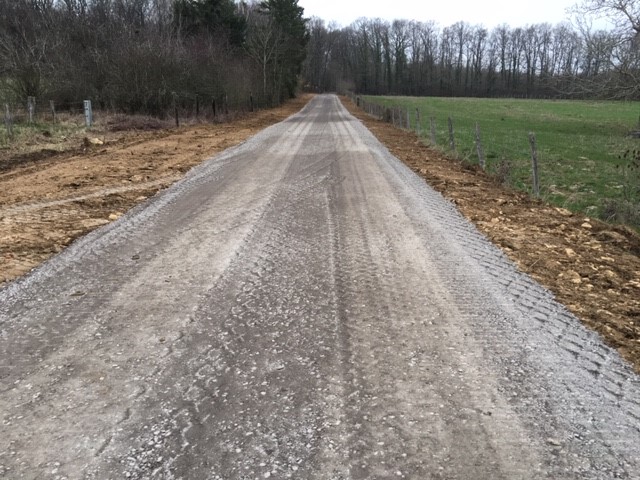 After years trying to find the best solution to valorise blast furnace by-products, our EPO by-products sales department successfully finalised the sales of Florange’s slag storage, together with the historical slag storages in Luxembourg.

Taking advantage of the demand for aggregates for the bullish local construction market, which can be made using slag, and to support the sales volumes ensured by our partner client CLOOS in Esch-sur-Alzette/ Luxembourg. EPO by-products sales team concluded a first sales contract for the sales of the total remaining ACBF slag stocks (1,8 million tons) in Luxembourg up to latest 2022.

The second part of the project concerns the 5 million tons of slag stored in Florange/France, which have been recently sold to the Luxembourg based company CLOOS as well. This flow will ensure the transfer of +/- 450 kt of ACBF slags from the ArcelorMittal France ’s Florange plant to CLOOS in Esch during the next ten years.

The ACBF slag will be processed by CLOOS and then sold on the road building market.

Following the validation by local plant management in 2014, the project has been validated by the authorities of both countries in 2018. Several validations were needed to get the approval especially in respect of the environmental regulations.

In Esch-sur-Alzette, the demolition of an old thermal power station located on the historical slag storage allows the access to the aggregates. Some of these actions were realized also together with the EPO industrial services department.

The export from Florange to Esch-sur-Alzette successfully started in August 2018:

In Luxembourg, the transition to the electrical industry started from 1993, with the stoppage of the blast furnaces. The latest one, in Esch-Belval, was stopped in 1997, but the large amount of slags remained. In Florange, the last two operating furnaces were stopped in 2012.

An environmental agreement for the valorization of this storage has been recently requested to the local authorities, aiming to serve several sales markets.

As a first step, EPO by-products sales team convinced the French National Office for Forest (“ONF division Grand East”) to realize a first open road with BOF slag extracted from the Florange storage. In parallel, additional applications such as fertilizers for agriculture based on BOF fines slag (after grinding) will soon restart in Florange. In this case, BOF slag fines are spread on soils to use the lime content and mainly regulate the acidity of soil.

On top of the revenue generation from our by-products, each sale of slag aggregates will avoid the extraction of natural stones from carriers and contribute to the protection of our environment.

Open road for the access to the forest in Féy (France)