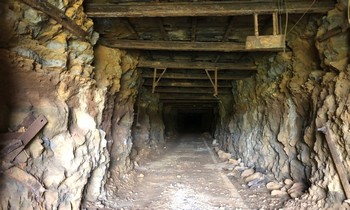 With our mines rehabilitated the bats returned!

Years ago, ARBED definitively closed its iron mines in the Grand-Duchy. Forgotten for a long time, these undergrounds have been restored by the ArcelorMittal Real Estate service, in collaboration with the Nature and Forests Administration, to promote the re-development of their biodiversity. This is the case of the Giele Botter's mine in Niederkorn where, in 2019, grids replaced metal plates in order to facilitate access to the premises for animals.

from the Nature and Forest Administration, is in charge of the Giele Botter area, classified Natura 2000 :

Basically, this project consisted mainly of securing the mining openings, in particular to prevent people from entering and injuring themselves. These vents sag over time, but bats frequent them as hibernation sites. Basically, ArcelorMittal had already secured the holes concerned; the idea was to redevelop the securing devices to make them accessible to bats. The plate securing the hole with only two small openings for the passage of the bats did not allow the correct circulation of the air, nor that of the bats. We have replaced these plates with grids and are now seeing the return of bats.

The Greater Horseshoe Bat in Niederkorn

Thanks to this installation, the year 2022 is off to a good start for the teams who worked on the rehabilitation of the Giele Botter site. The report listing the species present on the ground notes that five different species of bats now frequent the mine, in the space of only two years! In 2019, the Niederkorn facilities, but also those of Dudelange, had as a priority to accommodate species of bats that are fairly common in the Grand Duchy.

Before and after the mine entrance rehabilitation.