This installation is a great first in Luxembourg. It consists of 25,000 m2 of solar panels installed on a floating structure placed on the former cooling basin of the Differdange plant, with an area of ​​5.7 hectares. Ultimately, electricity production will amount to 3 GWh / year and will be able to locally cover the needs of nearly 800 homes, or the annual consumption of 3,200 people. The electricity thus produced will be fed back into the local network and will contribute to the energy independence of the Grand Duchy, a key issue for the country. 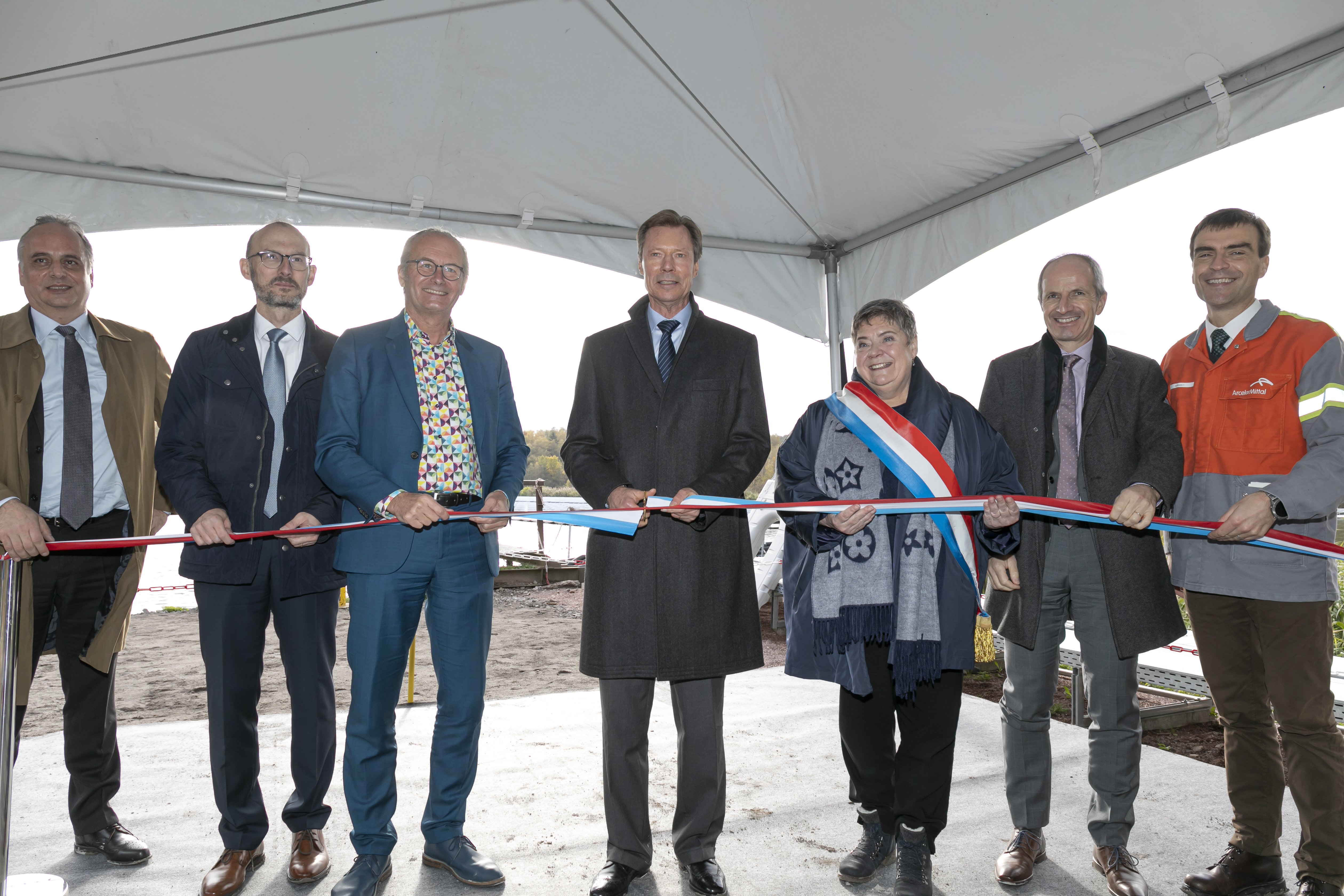 An unprecedented installation in Luxembourg

The construction began in March 2021 for commissioning on October 21, 2021. An exceptional project which involved around thirty people for more than 6 months. The floating solar structure and the transformer station were first installed and then the electrical connection made. A highlight of this phase of the work, the drilling under the rail network adjoining the basin made it possible to pass the cables necessary to connect the installation to the public network.

Director of the ArcelorMittal Differdange

'With this project, which is in line with ArcelorMittal's sustainable development strategy in Luxembourg, and in particular as part of our commitment to communities and citizens, we have made available the reconversion of an industrial basin for a sustainable production of energy while preserving the local ecosystem. The combined efforts of ArcelorMittal and Enovos have made it possible to develop an innovative solution for the benefit of Luxembourg households. This project is a first for our sites and serves as an inspiration for future projects as part of our decarbonization strategy. '

For Enovos and the Encevo Group, the message is obvious: “Enovos is leveraging its growing expertise to develop and build large green energy production plants. We are making every effort to develop new concepts emphasizing the enhancement of spaces and allowing multiple use between biodiversity, industrial activities and energy production from renewable sources. The Differdange floating installation clearly shows that by uniting the forces of industry and the energy supplier, we can advance the energy transition. We are proud to be able to count ArcelorMittal among our partners on our path to carbon neutrality. "

To find out more, access the video presenting the project: