European steel industry indeed is suffering from the effects of cheap prices and unfair imports threatening tens of thousands of jobs. Furthermore, the European Emissions Trading Scheme (ETS) draft legislation has to be reformed since such a legislation will make the cost of steelmaking in Europe so high compared with companies from some other countries that it will no longer be competitive and assets will be forced to shut down. 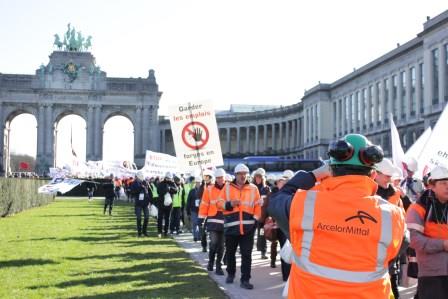 The march on Brussels was organized by Eurofer and its members, under the Aegis Europe’ banner, an alliance of around 30 industrial sectors among which the steel industry.

As steelmaking company with an European aura, ArcelorMittal participated to this march to allow industry to maintain strong manufacturing activities in Europe that proudly contribute to GDP, securing jobs and future for employees and their families. For this, fair and loyal competition and trade become necessary, meaning all industries should operate respecting the same conditions and regulations, to allow European steel to compete on the world stage. 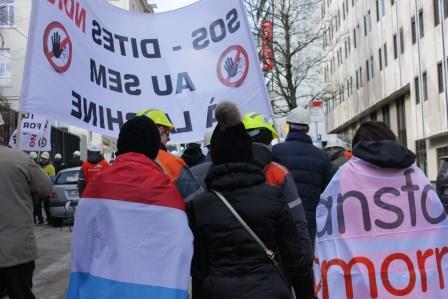 The EU is currently deciding if the Market Economy Status (MES) should be given to China. The Chinese government believes that they are entitled to get the MES because of a disputed clause in China’s accession protocol to the World Trade Organization.

Granting the status means it will become much harder for trade barriers to be implemented. China would therefore be able to export steel below the European market value which is known as dumping. The current ripple effect is driving down the price of steel in Europe. 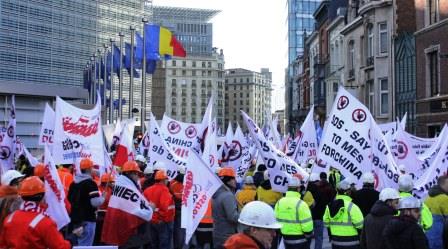 The situation is compounded by the European emissions trading scheme (ETS) in its current form. Reducing carbon emissions is crucial but it needs to be done in a fair way. Steel companies in Europe will be subject to the ETS scheme, but not companies producing elsewhere but selling into Europe. The system will ultimately not achieve its aim of reducing emissions, but will just shift production elsewhere – and in all likelihood away from Europe.

Europe’s steel industry is among the most technologically advanced in the world. Thanks to sustained investment in innovation, the steel industry has significantly reduced its environmental impact: energy usage and CO2 emissions have been halved in the past few decades. The steel industry continues to work hard to reduce the carbon footprint of steel, one of the most sustainable materials in the world.

An effective ETS would reward innovation in steelmaking, and it would not lead to steel production being priced out of Europe – particularly when steel may even have a higher carbon footprint and when you add in the required shipping and transport. 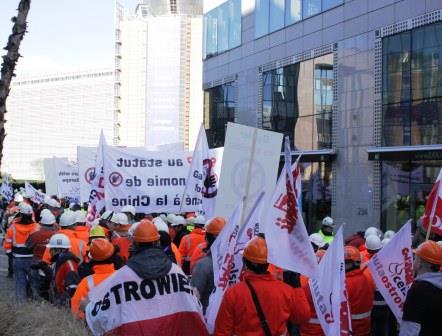