Luxembourg, 2nd February 2016 - The development company Agora, specialised in the redevelopment of industrial wastelands and led by the State of Luxembourg, ArcelorMittal and representatives of the municipalities, have been entrusted with the carrying out of a feasibility study aiming to reconvert land situated in Esch-sur-Alzette and Schifflange.

The study refers to a plot of land measuring 62 hectares that includes all the land of the ArcelorMittal Esch-Schifflange site and various parcels belonging to Schlassgoart, as well as land made available by the State through “Fonds du Rail”.

In respect of the Agora mission, which consists of upgrading brownfield land in a manner that benefits the public interest – from an economic, social, environmental, regional development, and cultural standpoint – while complying with the management and redevelopment principles of the private economy, the goal of the study is to analyse the technical and economic feasibility of the new developments, like the housing, stores, offices, collective infrastructures and service activities that are complementary to the existing urban fabric. The project will need to be studied on the basis of the principles of sustainable development and respect for the environment.

The study is expected to start early 2016 and will continue for 24 to 36 months. It will be conducted in close collaboration with the representatives of the municipalities concerned. A consultation meeting between these representatives and Agora will be held in the coming weeks. 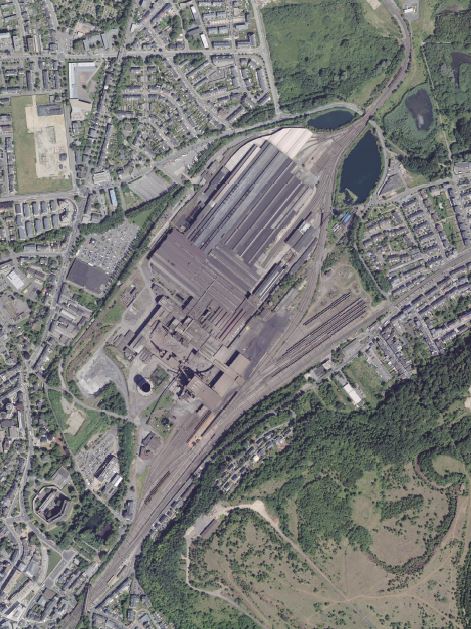 François Bausch, Minister of Sustainable Development and Infrastructures commented: “The decentralisation and interior increase in density of existing urban structures in the places well served by public transport are essential goals in territorial planning. The multi-purpose reconversion of an industrial wasteland is, without doubt, the most effective, coherent and deliberate way by which to achieve this objective.

Today, in Esch and Schifflange, we wish to take a first step towards renewing the success of Belval, a project that also shows us the results that can be achieved by the close collaboration of all partners concerned - State, municipalities and owners”.

Marc Hansen, Minister of Housing, declared: “Given the scarcity of affordable housing, as well as the priority that the Government is giving to increasing the supply of housing and land for property development, it is essential, when a new site of such a large scale is assigned, to devote a significant part of the project to housing development.”

Michel Wurth, Chairman of the Board of Directors of ArcelorMittal Luxembourg has stressed that, as far as he is concerned, “this study comes as part of the continuity of the partnership established between ArcelorMittal Luxembourg and the Luxembourgian State in Agora. Agora thus continues its role of developing the urban landscape in the south of the country, after its remarkable intervention on the old industrial site of Belval. The making available of the land by ArcelorMittal Luxembourg shows the commitment made by our Group towards the communities in which we operate”.

Etienne Reuter, Chairman of Agora, on his part says: “Now 15 years down the line, the company Agora has, through its competences, developments, the know-how of its teams and its results, successfully proven its capacity to succeed in its mission: reconvert an industrial wasteland and help re-boost the southern region.

Agora is proud to take responsibility for this study. Our teams are enthusiastic to invest in this project”.