Space mining: the future of industry in Luxembourg

Space mining: the future of industry in Luxembourg

22 June 2016 - In the framework of the 2016 edition of the ArcelorMittal Learning week, nearly 100 employees based in Luxembourg-city attended last Friday a conference given by the Ministry of the Economy on asteroid mining. Luxembourg has always been the heart of mining of the greater region and remains still today the symbol of steel industry’s glory.

Space mining is no longer science fiction; the basic technologies - of landing and returning materials from asteroids -have essentially been proven. The speakers, Marc Serres and Mathias Link, both in charge of the spaceresource.lu project, addressed the audience about the long list of benefits and opportunities created by space mining and also, the refueling of satellites and stations from space, significantly decreasing costs of interplanetary missions.

With billions of asteroids containing thousands of raw materials, space mining will start a new industrial economy, advantageous for space and on-earth projects to guarantee continuous access to rare metals once the resources on earth are exhausted. Platinum, iridium, palladium, available in space, are rare at the earth's surface. Materials like water and iron could also support in-space activity as water can be split into hydrogen and oxygen to make rocket fuel. Space mining will support the current space industry and the robotic human exploration of space. Not only for satellites or specific missions, it could also engender space tourism activity in the long term.

Following the example of the companies Planetary Resources & 3D Systems who revealed the first ever 3D printed object from asteroid metals, 3D printing technology will revolutionize the maintenance and development of rockets or spatial stations. 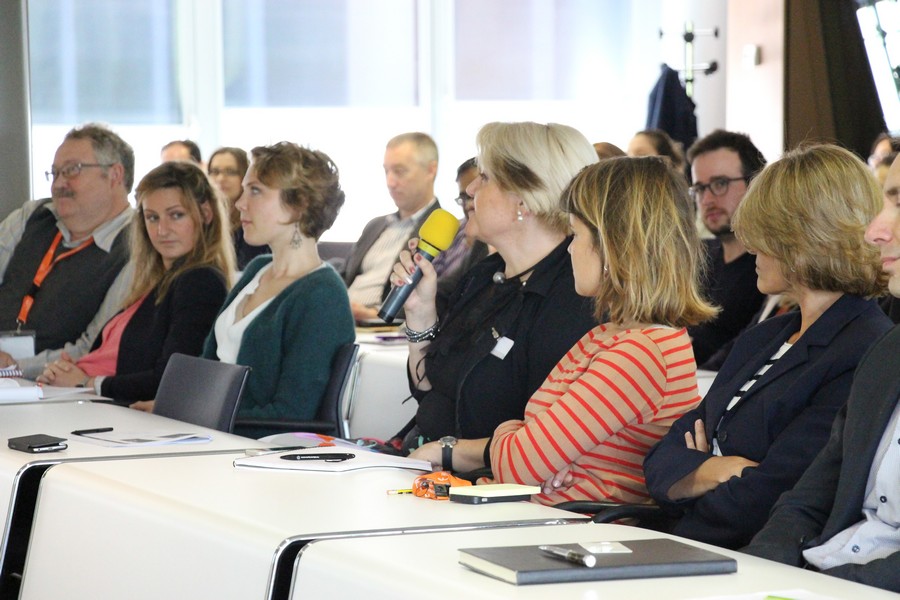 In early June, Luxembourg announced that it would open a 200 million Euro fund to entice companies focused on mining asteroids to locate there.  Since February and the first announcement of the project, the economy minister has been working on the development of a legal framework for the commercial exploitation of space resources, the first such set of laws in Europe. The Grand-Duchy aims to participate with other nations in order to agree on a mutually beneficial international framework.

Marc Serres and Mathias Link ended the conference by answering questions from curious employees including specialists in iron ore mining.

With ore mining operations located in the United States, Canada, Mexico, Brazil, Liberia, Bosnia, Ukraine, and Kazakhstan, ArcelorMittal has both iron ore and metallurgical coal reserves and is among the largest iron ore producers in the world.