China: building a 57-storey skyscraper in 19 days thanks to HISTAR®

China: building a 57-storey skyscraper in 19 days thanks to HISTAR®

The challenge has been met using a total of 10,345 tonnes of HISTAR® beams supplied by our ArcelorMittal Europe – Long Products plant in Differdange to build the core of the J57 building also known as Mini Sky City. 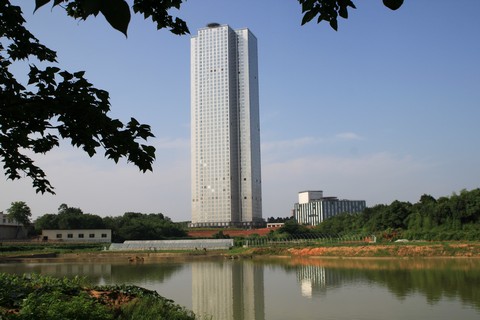 Customer Broad Sustainable Building recently made headlines in the architecture world when they completed the construction of a 57-storey high-rise in Changsha, China, in a record 19 days – the equivalent of three storeys per day.

The skyscraper is built with 90% factory-produced, LEGO®-like blocks, using a modular construction technique which won BSB a CTBUH Innovation Award in 2013. J57 will include 800 apartments and provide office space for 4,000 people. The process is based on a factory-fabricated steel structure system and on-site installation, using flanges and high strength bolts to join the construction members. It also incorporates integrated, installable floor slabs, light wallboard and other prefabricated materials.

A cost wise and sustainable choice

According to BSB architect Xian Min Zhang, the use of modules in the construction of J57 reduced the use of concrete by 15,000 trucks, which he says almost eliminated the release of dust in the air, an important advantage in pollution-ridden China. In fact, BSB’s focus is on green construction, and one of the convincing arguments for BSB to use ArcelorMittal Differdange steel is that all our beams are made of scrap. For BSB, J57 represents a smaller prototype for a 220-storey building that BSB planned to build, the J220, better known as Sky City. Then, beams produced in Differdange will definitely keep on drawing attention.

About HISTAR® - steel made in Luxembourg

HISTAR® steels are quenched and self-tempered (QST) steels with outstanding weldability and ductility. Supplied in several different grades, HISTAR® has been used in many skyscrapers worldwide such as the Freedom Tower in New York and the World Financial Center in Shanghai.