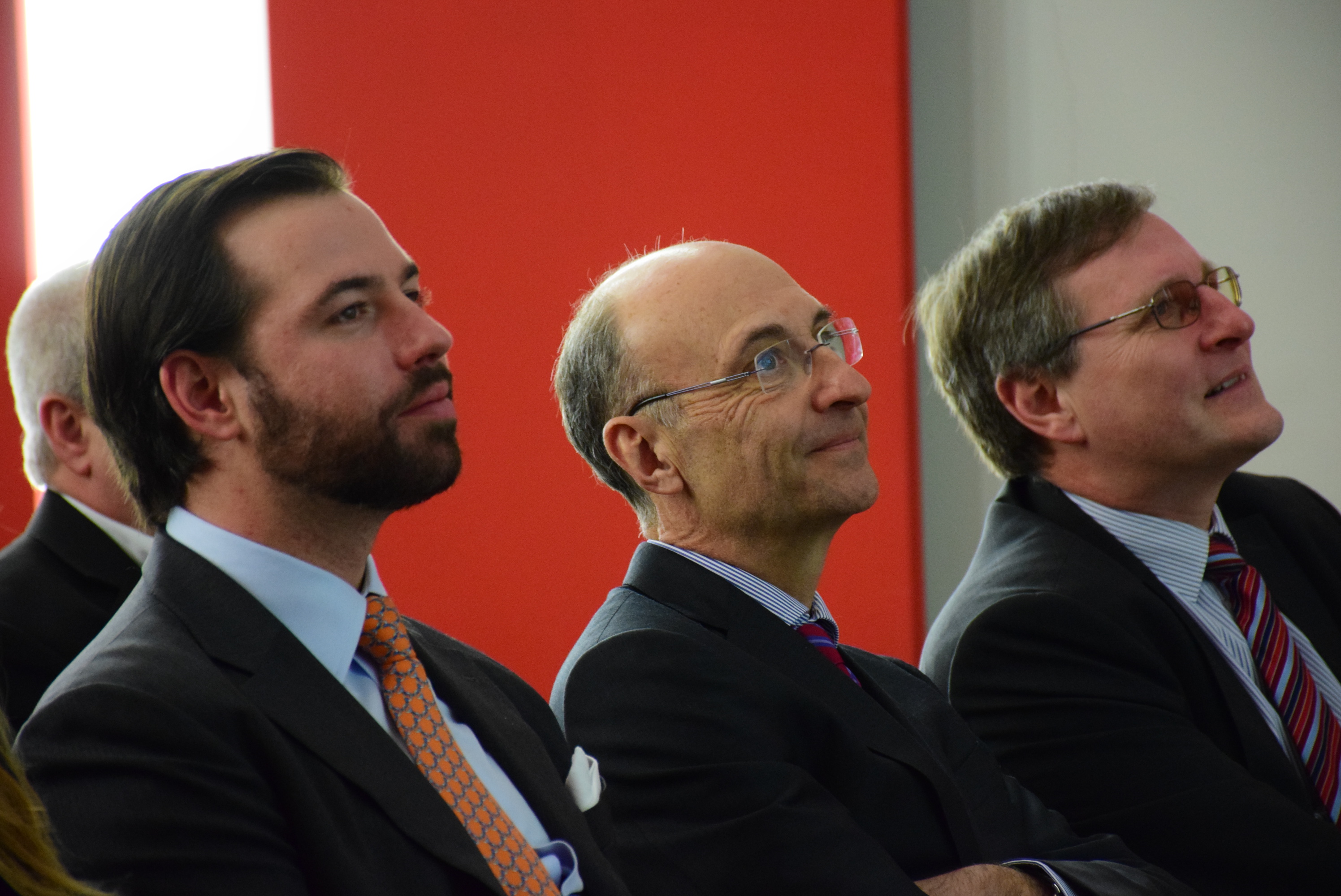 This visit was part of a series of meetings with companies organised by the Luxembourg business federation (Fedil) in order to give the Crown Prince and Princess a view of the activities of Fedil’s members.

Mr Robert Dennewald and Mr Nicolas Buck, Chairman and Vice-Chairman respectively of the Fedil, and Mr Georges Santer, adviser, were also present, along with Ms Stéphanie Wagemans who is the senior government attaché with the Ministry of Economy, accompanied by Mr François Knaff, executive adviser, and Mr Roberto Traversini, Mayor of the city of Differdange.

Welcomed by Mr Michel Wurth, President of the Board of Directors of ArcelorMittal Luxembourg, the Crown Prince and Princess were first of all given a presentation of the Differdange site’s activity, including its manufacturing processes and flagship products. 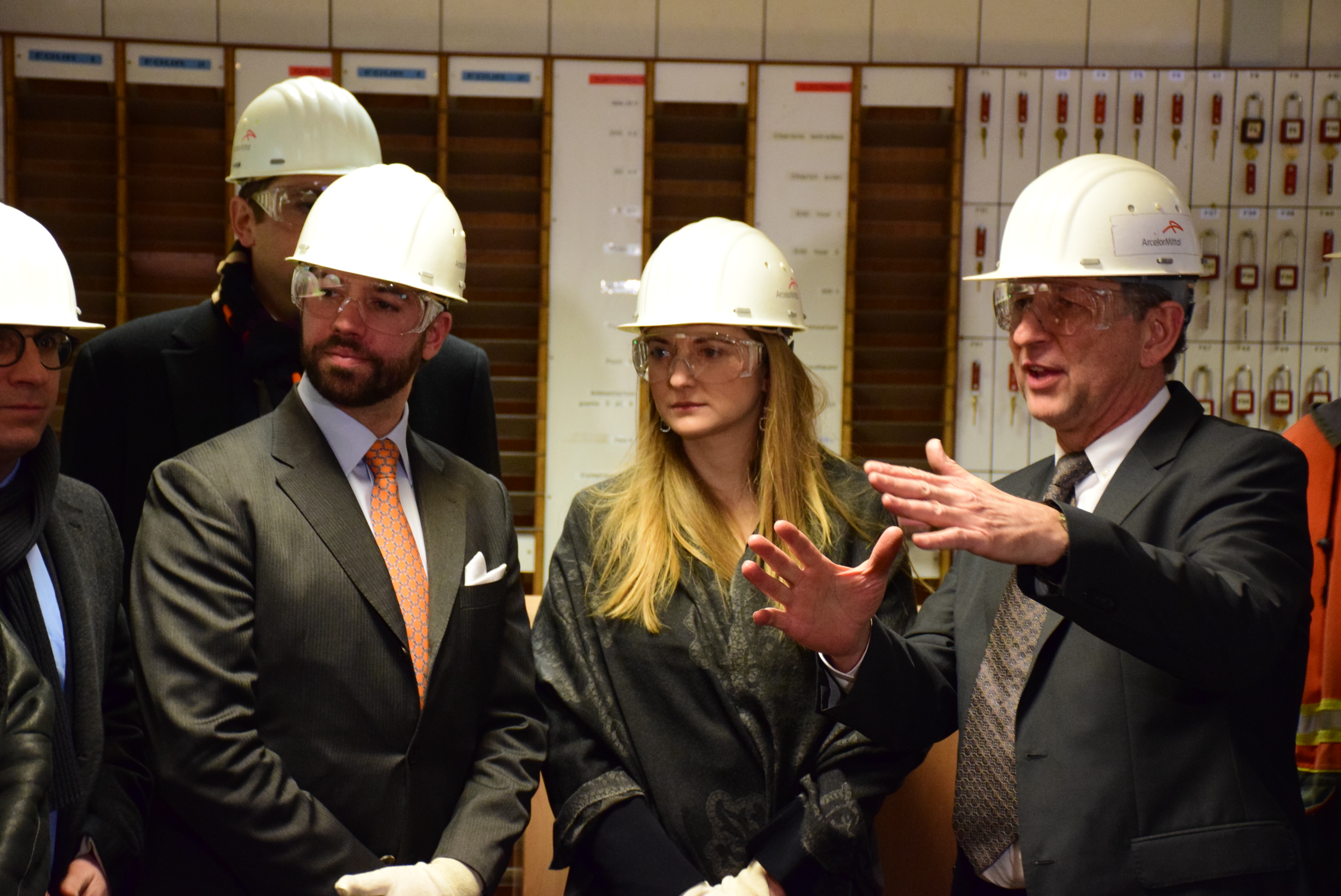 The Hereditary Couple and Carlo Koepp, CEO of the site

The visit focused on three key points within the facility: the electric furnace, with a maximum annual capacity of 1,350,000 tonnes, the walking beam furnace, in which semi-complete products are heated before entering the mill, then the Grey mill, with a maximum annual capacity of 700,000 tonnes. The products from this renowned rolling mill include the “Jumbo” beams, which are the very large beams that have been used for building skyscrapers such as New York’s One World Trade Center and the world's tallest tower, the Burj Khalifa in Dubai.

The Crown Prince and Princess showed a great interest in the manufacturing process and the wide range of applications for products from Differdange. The Hereditary Couple were also able to appreciate the unique expertise built up by ArcelorMittal Differdange's teams, promoting the know-how of Luxembourg’s steel industry around the globe.