The Pulvermühle railway viaduct that crosses the Alzette enables the connection of CFL Northern railway lines (Chemins de Fer luxembourgeois). To increase the capacity of these lines and to meet European standards, a construction site that started late 2009 aims at creating a new viaduct of approximately 242 metres in length which will support two new tracks. 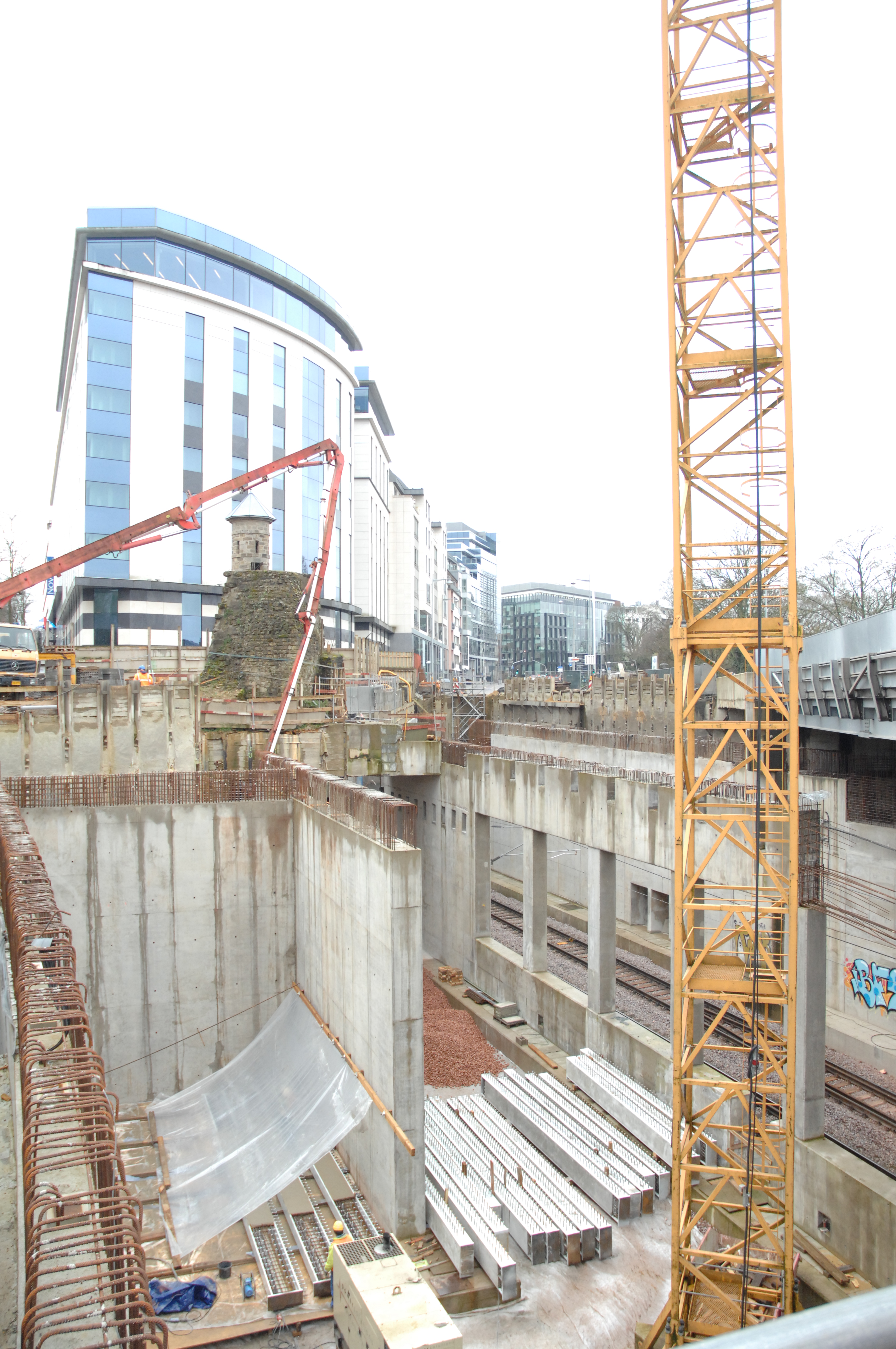 Below the administrative building of ArcelorMittal, on boulevard d’Avranches, a tunnel connects to the viaduct. Its structure was completely demolished and will be replaced by a new structure. The first obstacle on this part of the site lies in the magnificent Spanish turret from the 18th century above the tunnel, which must be preserved absolutely. In addition, traffic on the boulevard could not be interrupted.

The quality of the overall service provided by the production site in Differdange and the finishing center (C3P) led the customer to choose beams made by ArcelorMittal. A first delivery of 160 tonnes of 16-metre beams HEB1000, HEB600 and HEB300 was supplied for this project during February. "It is a complex construction in the Grund, historic heart of the city of Luxembourg. It is very rewarding to take part in a project of this magnitude, especially because the construction site is located close to the ArcelorMittal headquarters", says Vincent Genot from C3P, in charge of the project.

The works, which should be completed in 2019, are the largest railway construction works in the country. Divided into three parts, the works include many challenges, especially since it is built on historical foundations. Between 40 and 50 people are working on the construction site.