The ArcelorMittal Foundation (Luxembourg) is supporting the Fondatioun Kriibskrank Kanner

The ArcelorMittal Foundation (Luxembourg) is supporting the Fondatioun Kriibskrank Kanner

The Fondatioun Kriibskrank Kanner supports seriously ill children and their families on a daily basis. The ArcelorMittal Foundation (Luxembourg) is proud to support its initiatives and awareness-raising campaigns in Luxembourg for many years. 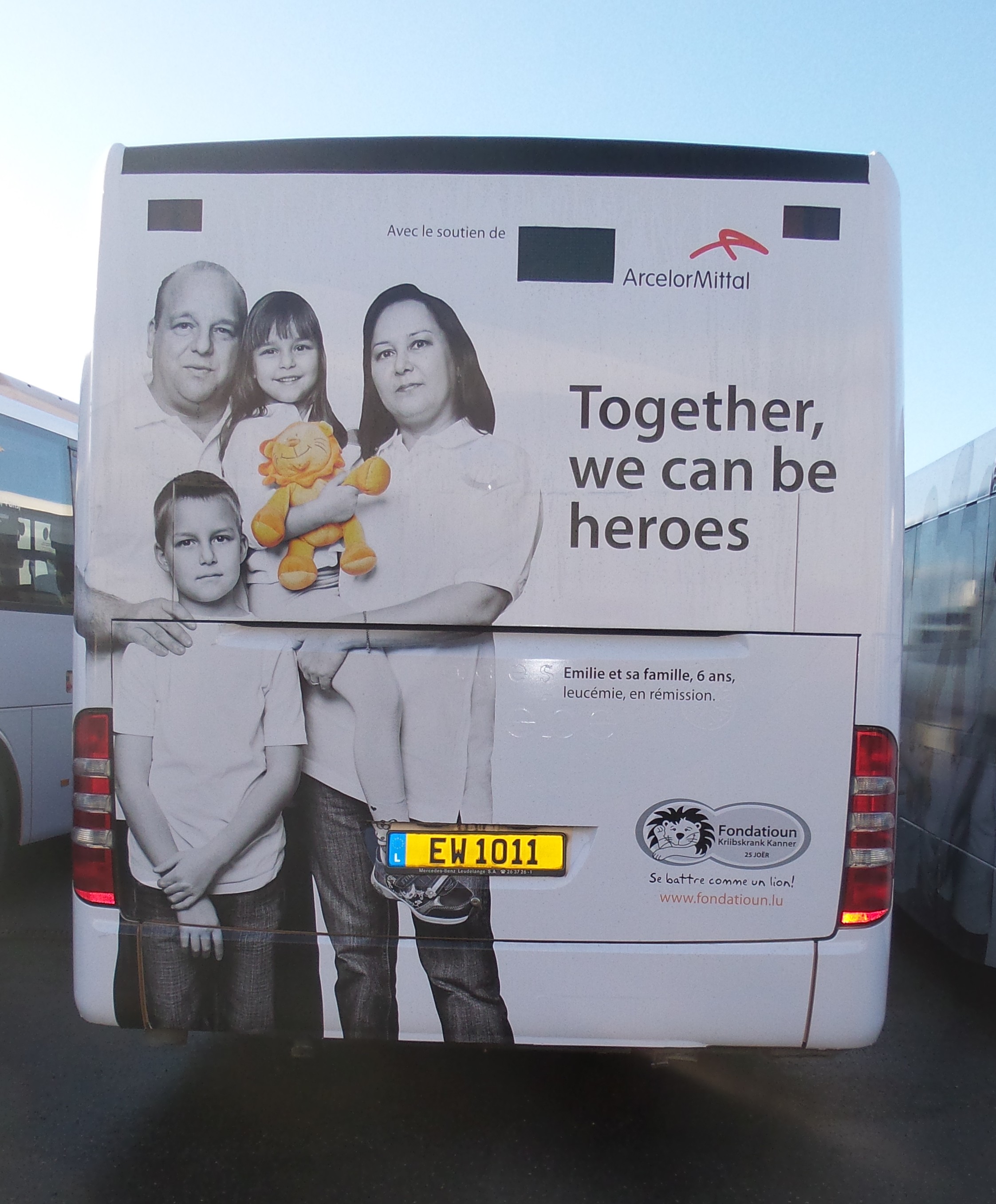 On the occasion of its 25th anniversary, the Fondatioun Kriibskrank Kanner, which has its head office in Strassen, is launching a major awareness-raising campaign that promotes the families of young children suffering from an illness or former patients with optimism portraits throughout the Grand Duchy.

These family portraits are strikingly displayed on 18 buses, which will criss-cross roads in the Grand Duchy for five weeks, and on 21 hoardings of a travelling exhibition. The high visibility of these materials enables the Fondatioun to call for social solidarity and generosity.

The "Together, we can be heroes" campaign, which puts young deseased children and their families and friends center stage, aims to gather donations that enable customised treatment for the children until they recover.

Through this initiative, the Fondatioon also aims to help families out of their seclusion, and give sick children back their lust for life. On the bus that displays the ArcelorMittal logo, you can see Emilie and her family who set a universal sign of hope with their smile and their will to win.